Air prospection mission has just finished. Films were sent to the processing laboratory and just returned... Or the memory card transfered to th computer. What should we do now?

On the basis of an image, generally a slide or a graphic file, and of a tape recorder cassette, it is necessary to proceed to the following operations:

Moisture on naked ground After a long rainy period, two or three days very windy drained the surface of plowed grounds where appear many darker zones. They are capillary increase of moisture which extremely correctly reveal as well diaclases of natural origin as ditches of anthropic origin. 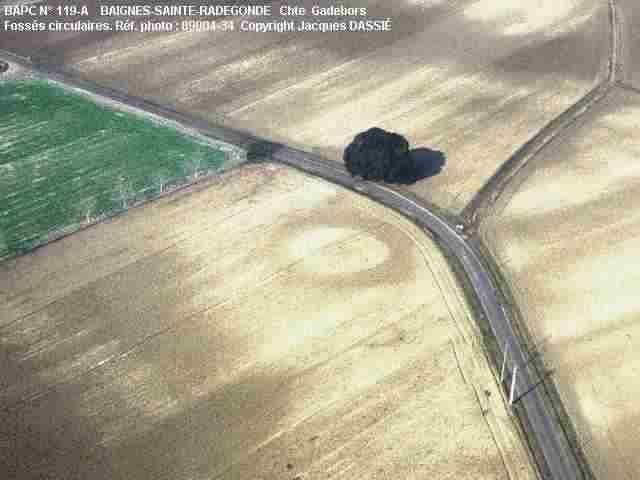 A cereal field, towards the end June, gradually will yellow. If retaining ditches of moisture exist, cereals will remain green longer than the environment, supplied with capillary increase. 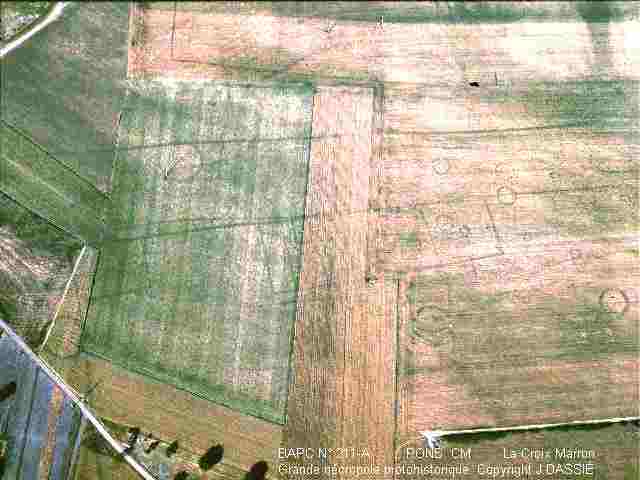 Cereals'growth, more significant above the ditches, in period of dryness, will be expressed after maturation by a difference of height between stems. This phenomenon will often bring about some very revealing shadows. 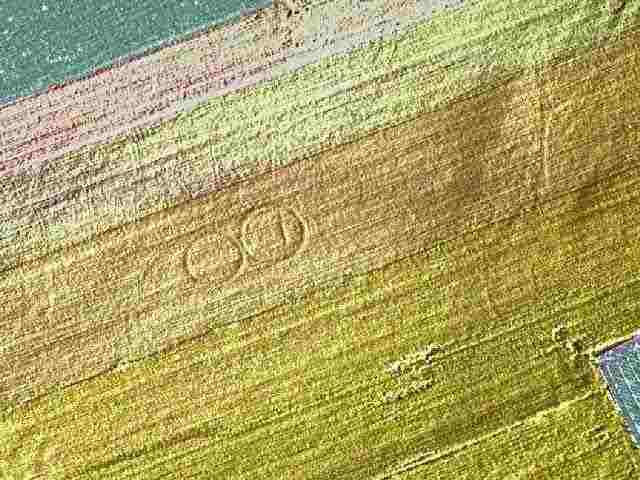 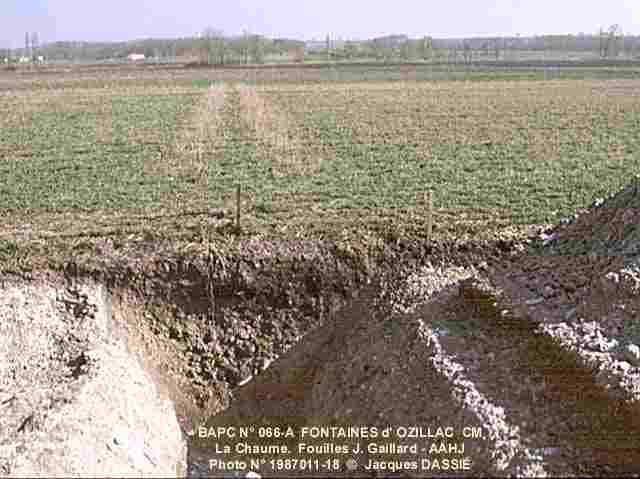 FONTAINES D' OZILLAC CM La Chaume. It is the presence of a ditch in the limestone wich caused the local growth of the grasses size. (by water retention, due to the size of fines particles).

Lures are visibles traces that evoke not really archaeological indices. The most commons are the Crétaceous joints, winter pools residues and the Cretaceaous layer's strata. Some lures can be of recent anthropic origin : watering circles, various pipelines, drainage, war trenches , etc 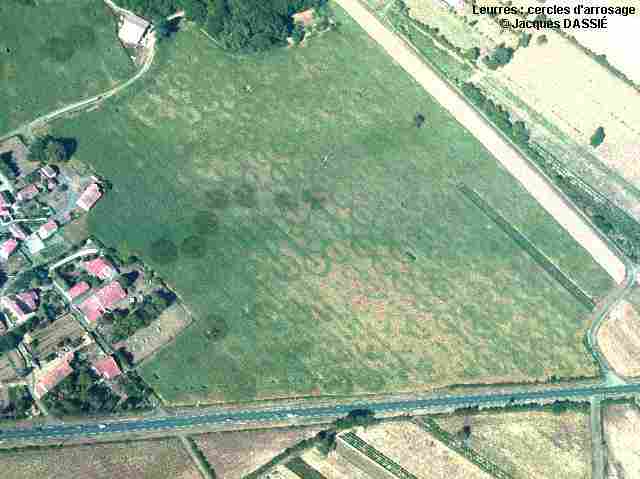 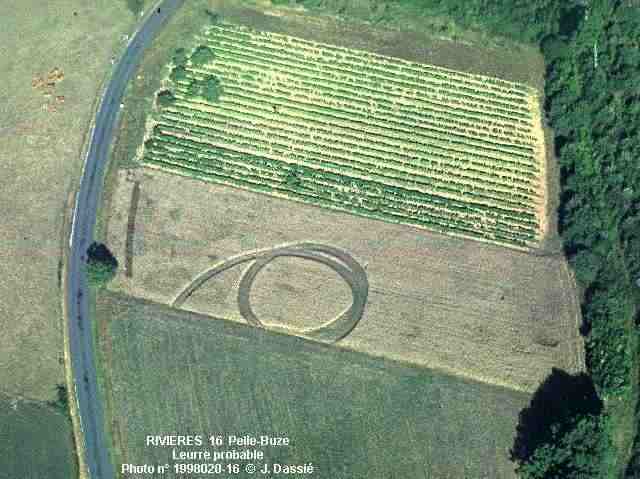 Modern agricultural origin for this lure. Does it concern a facetious cultivator ? © J. Dassié